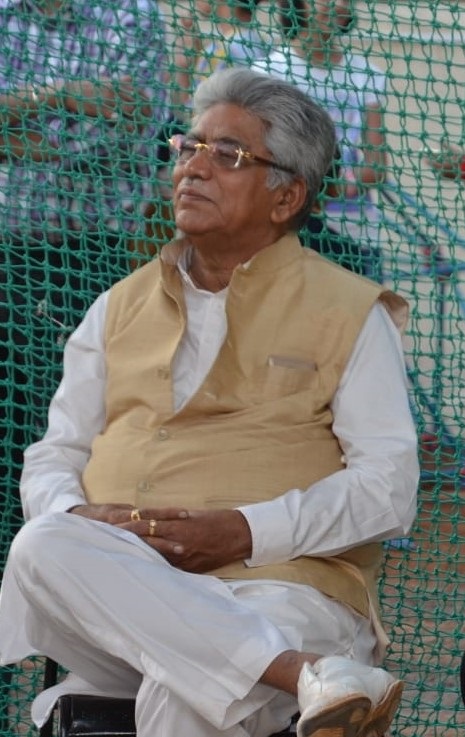 Shri Prabhakar Desai was born in Walawal Village in Sindhudurg, during the British Raj on 24th September 1937, as the youngest son of Shri Ramchandra Desai, who was a landlord. Shri Prabhakar Desai dons many hats. He is an Indian Hotelier, Businessman, Agriculturist and Chairman of Dombivli Shikshan Prasarak Mandal ‘a self-made man’ He is married to Mrs Shubhangi Desai and has two children.

Shri Prabhakar Desai’s father passed away therefore, due to family responsibilities and growing family needs, he decided to look for some alternative source of income rather than solely relying on ancestral family land and farming. In 1954, he moved to Bombay which is presently known as Mumbai. He had to stop his college education and settle for work in Mumbai. This decision was a turning point in his life which made him ‘a self-made man’. He had no money, no backing, no support and no relatives in Mumbai. Despite this, he battled all odds and emerged victorious owing to his steely determination and courage. Raised in the quiet, idyllic surrounding of Kudal, he was thrown into the crowded, bustling world of Mumbai. This extreme change in living conditions was very difficult to digest for a youngster like him who had grown up in prosperous farming family.He had to work as a porter in Indian Plastic Manufacturing, Poisar as there was no other option to earn a living. Highly malleable and adaptive, he accepted this new life with great courage without worrying about the hardships that would befall him. It goes without saying that, after a short period he quit his job as he never wanted to work as a servant with a guaranteed salary like a typical middle-class Mumbaikar. From the beginning, his dream was to set up his own business. He always knew in his heart that he had not reached Mumbai to do someone else’s job. His friend, (Baban) Manuel D’souza, Trade Union Leader, always said,
“Prabhakar Desai is a man of Industry.”

Shri Prabhakar Desai started his construction business in Dombivli and was also a well-known developer in construction business. Even before leaving Konkan, young Prabhakar Desai was interested in politics. After coming to Mumbai, he joined the Praja Samajwadi Party. Although he was not much educated, his outlook to perceive and view world widened and became all-inclusive due to his association with Praja Samajwadi Party culture. His socialist gurus were S.M. Joshi, Barrister Nath Pai, and Madhu Dandavate. During this period, due to his insatiable thirst for knowledge, he read a lot about many prominent leaders and personalities and as a result the horizons of his thinking broadened. Books became his constant companions and he sought inspiration through biographies that he read voraciously.

Shri Prabhakar Desai is a very ambitious, energetic and passionate person from the beginning and he always thought of the welfare of people around him. Even in a political world, Prabhakar Desai, delivered hard hitting, fiery speeches, which were seen by his Gurus as different from other political activists. Due to this candid nature of Shri Prabhakar Desai his Gurus, advised him to turn his back to Politics and think of a stable future and run a family. As a consequence, in 1963, Shri Prabhakar Desai quit active politics, and focused on construction business.

In younger age, most of the people enjoy their life by playing but Shri Prabhakar Desai always assisted his sister in kitchen. He always saw his sister cooking in the kitchen and thus the thought of opening a restaurant germinated in his mind. His friend Hon. Balasaheb Thackeray helped him to get a plot near Sena Bhavan, Dadar for redevelopment. Thus the journey of Hotel Sindhudurg started and “He moved from Sindhudurg to Sindhudurg”. On 15th August 1982 Hotel Sindhudurg was inaugurated by the well-known industrialist Annasaheb Dahanukar in the presence of distinguished guests like Hon. S.M. Joshi alias Anna, Nanasaheb Gore, Madhu Dandavate, Chandrakant Varde, Sudhir Joshi and other dignitaries. Hotel Sindhudurg was “Mumbai’s First Malvani Restaurant” in Dadar. It became a popular hub of food-lovers in a short duration. When Hotel Sindhudurg completed its 25 years almost all the newspapers covered the news appreciating the tasty food available there. In 2005 Shri Prabhakar Desai along with his friend Shri Pramod Keluskar invented the “Betel Nut Peeling Machine” which was exhibited at an Agricultural Exhibition in Kankavali Village. It was an electrical machine and had the capacity to peel 100Kg of Betel Nuts per day. Mr. Desai sold it for just Rs. 25,000 while the selling price of other competing machines was Rs.1,00,000. The invention of this machine was highly appreciated, as the large Betel Nut Peeling Machine in Kerala cost Rs.1,00,000. Shri Prabhakar Desai visited Kerala with his friends and collected all the information about the machine and succeeded in making a betel nut peeling machine at low cost. He also started a factory “Altech Containers” in Adeli Village, Konkan. The factory used to manufacture aluminium bottles which were used to sell pesticides. These bottles were sold to well-known international companies in countries like Korea, Malaysia, Taiwan, Vietnam and United Arab Emirates. It was the only engineering company in Sindhudurg district to export goods abroad. However, due to some problems the factory is permanently closed. In 1970s, three friends, Shri. Prabhakar Desai, late Dr. U Prabhakar Rao and late Dr. V.S. Upasani, decided to set up a state-of-the-art educational institution for school as well as higher education in Dombivli. The idea to set up the institution was triggered by a tragic accident witnessed by these three friends. “We were travelling by train to Mumbai when we saw a youngster falling from the moving train. Though we admitted the youngster to Nair hospital, Mumbai, he succumbed to his injuries after two days,” Says Shri Prabhakar Desai and late Dr. U. Prabhakar Rao. The incident had a profound effect on the minds of these three friends. They felt that a young life was lost due to the unavailability of good educational institute for higher education in Dombivli. Thus, began the journey of illustrious Dombivli Shikshan Prasarak Mandal. It was a dream and passion of Shri. Prabhakar Desai, late Dr. Prabhakar Rao and Late Dr. V.S. Upasani who brought together a few more like-minded people. Thus, fourteen elite citizens like Prof. Ramchandra Kapse, Dr. V.S. Upasani, Shri Shripad Patwari alias Abasaheb and others came together to establish Dombivli Shikshan Prasarak Mandal in 1972. Dombivli Shikshan Prasarak Mandal was registered under Public Charitable Trust Act and established in 1972. 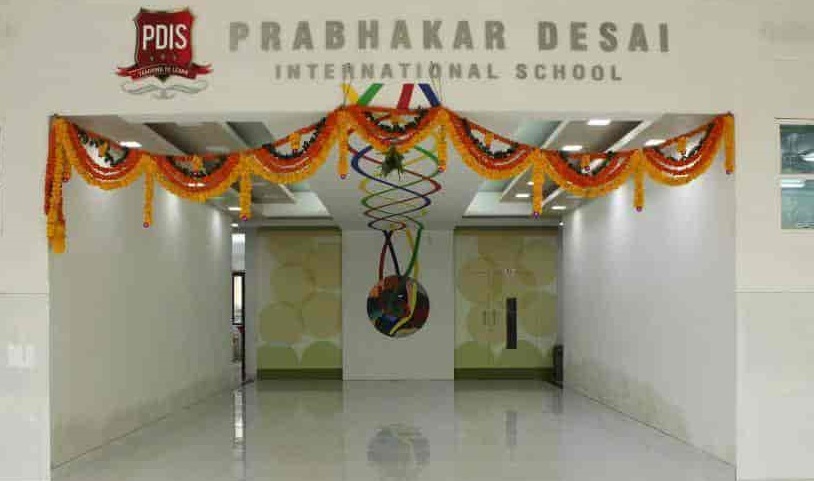 Shri Prabhakar Desai always states that “विद्या दानेन शोभते” and therefore even though he is 85 years old he commutes more than 40km from Dadar to Dombivli daily, and puts all his efforts for the growth of Dombivli Shikshan Prasarak Mandal. His employees state: “Shri Prabhakar Desai Sir like a gardener’ who nurtured, tended and watered the seeds of this institution. The seeds sprouted and the sapling grew into a gigantic tree. Future generations will continue to taste the luscious, delicious and succulent fruits of this grand tree of education.”

After encountering so many hindrances in his journey, Shri Prabhakar Desai did not stop. Through sheer hard work, he climbed the ladder of success and so he remains a perennial source of inspiration to all.

© . All Rights Reserved. Design by LazyTECH

This site has been visited times.